Showing posts from January, 2015
Show all

The gradual slide into Addiction.......Shuttle addiction that is..... 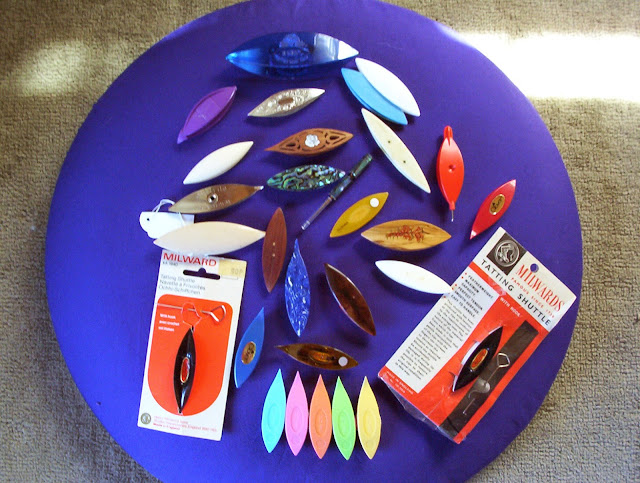 The things you do around midnight..... 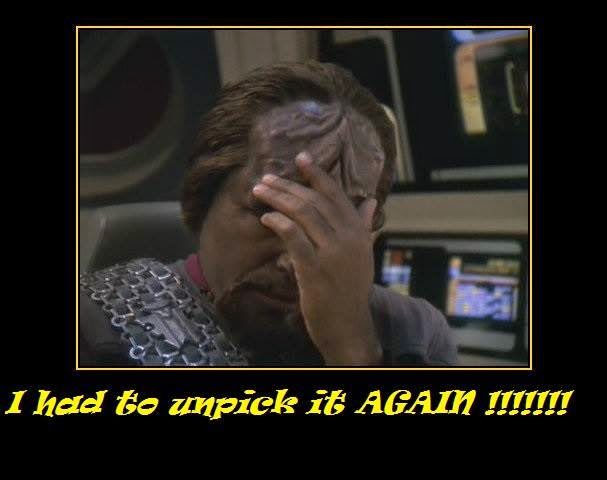 I have to put this somewhere other than the Facebook group.....it was just wayyyy too funny to lose. Angela Van de Kimmenade posted a picture on the Facebook page Tatting Shuttle Addicts of a shuttle Graham Eckett made for his lovely wife Diana. Diana passed away several years ago and her shuttle collection went into Angela's very capable and loving care (thank goodness) Anyway the shuttle is based on a Klingon Bat'leth and is a definite one of a kind. Of course this started a whole discussion about Klingons tatting and Lisa Greenlee Adams commenting "Worf, the ultimate tatter" So...naturally...as you do when you really should be getting to bed early because you have to be up early the next day but can't resist a chance to be silly.............Ben and I started having some fun. Me in a very minor way using Paint (because I can't use Photoshop!!) And Ben's brilliant Photoshop work that followed!!!!!! We consequently went to bed well after midnight and n
11 comments
Read more

It's going to be a LONG project! 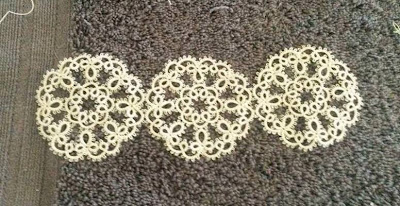 Oh dear what have I done??? 5 hours into this and already seems like a lifetime! At least there have been no other bits cut off yet and my calculation for amount of thread for each motif is working pretty darn well.
9 comments
Read more

Time for something BIG!! 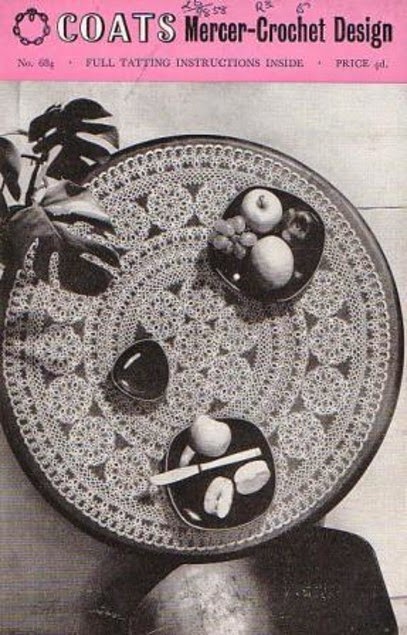 I have decided to kick off the year with a bigger project than I would normally attempt......all good intentions for the New Year and all that rot. I have had this one in my 'to do' list for several years now so it is time to get into it. I think what has put me off it is the large rounds surrounding the motifs. I can never seem to get the tension right. The pattern is from a Coats leaflet (No. 684 for those wanting to play along) and the thread I am using is plain old boring (but reliable) DMC Cordonnet Special Ecru in size 80. Mainly because I am too lazy to bother sorting out which colors to use. I just want to relax and tat. A cold spell in our usually sweltering Aussie summer has given me the perfect kick off point! And so it begins.......... Tonight I started. Feeling really good about it. Flying start it was too. Just the right amount of thread on the shuttle and a nice hot cup of tea sitting there waiting..... Ben at work so there was no distractions (nice distractio
8 comments
Read more 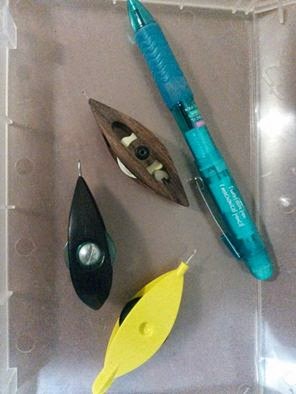 Not sure I posted this earlier but the wayward travellers finally found their way home. (read that as .........yes..... I mislaid them!) I had put them into an old video box to take with me to Temora in November 2013 under the stupid premise that they were so small and precious I had better put them somewhere safe and I would not lose them in such a big container... LOL ...yeah right!! Well when I got home it was all go go go moving from the farm and I just completely forgot what I put them in instead!! The ebony GR-8 gave me so much cheek about being replaced and how it had to spend all that time in a box with a yellow "Pony" shuttle when it returned that I finally gave up on it and sold it to Roberta Lawson in Queensland. I hope it is behaving!!! The Hinton Winder however is now under lock and key and only brought out under strict supervision where it and it's precious little winder can be monitored at all times!!!
3 comments
Read more 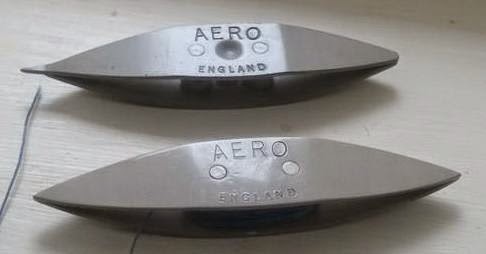 Here is a few of the shuttles I managed to collect in 2014.....well the ones I will admit to anyway! Aero with and without pick. From eBay. Queensland Tatters I believe it is a shuttle by John Beswick in South Australia Leaf shuttle from Rosita*s on eBay Goddard Pop-A-Bobbin in Ebony from Sally Kerson in the UK Sold through Jane Eborall's Etsy site. https://www.etsy.com/au/shop/janeeborall Silent Tatter. So very very lucky to find one of these!! A bit of fun! One I made myself with two kids hairclips and a plastic bobbin....and it WORKS!! A Lael Morgan shuttle. Sadly didn't make it through the mail process.....from eBay in the UK Top left: Teal Burl and red'blue stripe. Hot off the press in her first lot of shuttles Top Right: Acrylic and wood Bottom: Two I had Sandra make for me. Glow In The Dark acrylic!! Slider Shuttles by Elite Creations (Sandra McKay Pellerin in Canada) http://elite-creation.com/ Two Grizzly Mountain Arts shuttles. One for me and one for a gift.
8 comments
Read more
More posts