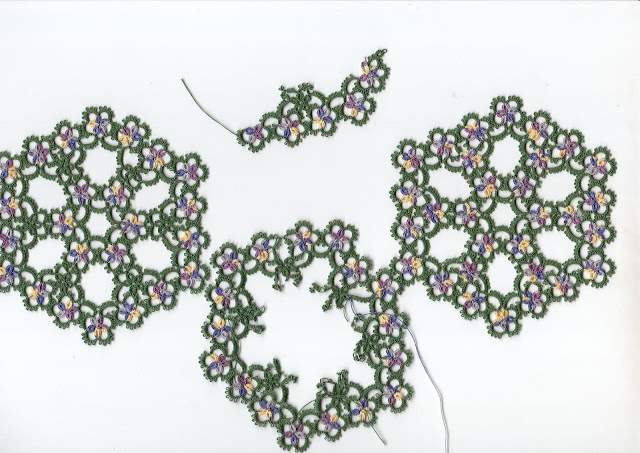 For Fox....... Once upon a time, many many moons ago, there was a pattern that just leapt out from the page. It was a pretty little doily by Lissy Madsen, published in the Danish Tatting Association magazine..... So the ever intrepid Liyarra decided that it was the pattern of choice for that particular tatting session and set out to give it a go... However.. that naughty little, ever so simple looking, pattern just refused to be tatted and Liyarra found herself piffing several versions of it into the fireplace. (in those days ALL mistakes had to be disposed of as soon as possible, lest the "I can't do it" monster woke and consumed all the thread stash)... After several failed attempts, a LOT of mumbling and the occasional contribution to the naughty word jar, a version appeared that was half reasonable. So, in order to not completely fail and allow the monster access to the thread stash, Liyarra tried a second version. This was much prettier than the first and even today
16 comments
Read more
- June 14, 2013 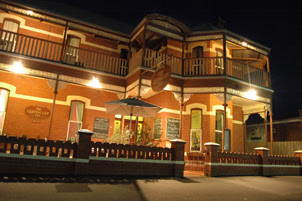 A Weekend in Paradise...... Ben and I took off for the long weekend to Queenscliff at the entrance to Port Phillip Bay in Victoria. Ben booked beautiful accommodation at the Queenscliff Inn on the spur of the moment and it turned out to be one of the nicest places we have stayed. It is decorated in true Victorian style and included a wonderful drawing room that really just screamed to be tatted in.... So that is EXACTLY what happened on our second night (there was a Murder Mystery night in there on the first night we stayed!) Ben sat there editing his photos for the day and I sat there and tatted.... The fire glowed gently, we indulged in a small glass of very nice port, chatted and spent a TV-less night of wonderful companionship. Relaxing and romantic and very very much what we both were needing. Another perfect spontaneous Ben and Jen trip!
4 comments
Read more
- June 08, 2013 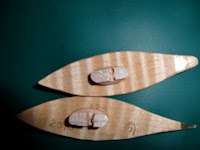 AAARRRGH.....devastated.... There I was, tatting along merrily with my new shuttles Fox sent me, when........ Curly Maple spat the dummy and decided to crack up......literally... Luckily David Reed Smith is a top bloke. I sent him an email to see if it could be repaired...."no" he replied "but from the photos you sent it looks like the wood I used for the post might have had a crack in it so I will make you a new one".... Now he KNOWS Fox bought these, not me, and they were a gift....but he stands by his workmanship and reputation and you cannot ask for better than that!!! No way he could have known the wood had a minute crack in it that would split further under use. So now I have the replacement on the way plus 2 more I ordered on the spot......Fox what have you done to me???? LOL Couple of repeats to go on the doily and I am done. Then onto Jon's pattern, then Ginny's.....then........ oh yeay....back into it!!!
3 comments
Read more
More posts